August 16th - Into the Smoke

The forest fire plague that makes every west coast summer a bit smokey has finally reached the DTC. It started south of Yellowstone in the Winds but just made the sky a bit hazy lowering the picture quality. Yesterday after the big thunderstorm it started to become very noticeable, and in the evening we got one of those smokey orange sunsets. This morning it was everywhere and the views were gone, maybe 10 miles of visibility at the best.

Last night, the 61 year old Ryan (or Richard) Lane, rolled into our camp around 8:45, super late by most people's standards. He was out before us and I caught back up with him an hour or so after leaving camp. He asked me to hike with him for a while, he recorded me and took some pictures. Maybe he's going to make a book, I'm not quite sure. It was a good chat, afterwards I took off to make some miles in the smokey wilderness.

Miles were difficult to come by today but we managed about 25. There were some serious climbs, it was also smokey and hot... Wahwahwah. Camping at a spring called rock spring in grass taller than my tent. There are also two southbounders here. Smokes was here when I got here and Periwinkle rolled up at 9pm, seems like a popular place despite the lack of places to put a tent. 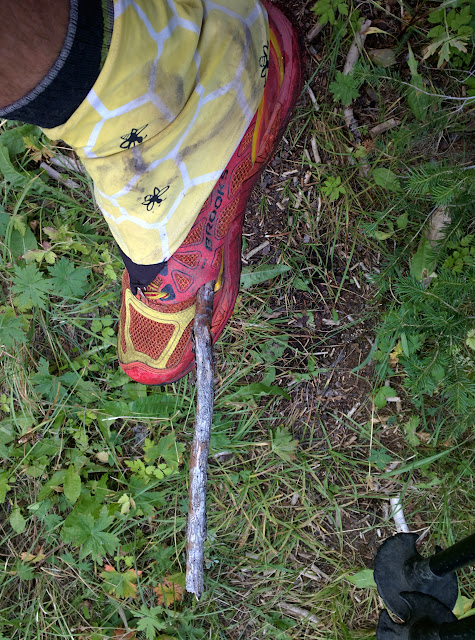