I thought I'd spend a couple minutes and go over the dynamics of making friends on trail and hiking with new people. The majority of people come out to trail by themselves or with a significant other. As you hike along, most people (weirdos excluded) make friends and form loose hiking groups. The CDT is a little different because most people know what they like to do and are not as willing to make compromises to their hiking styles. The PCT is clique city, groups will form early on and stay pretty much the same until the end.

Over the last few days I think we've formed a little trail hiking group. Technically there are 5 of us but I have a feeling one guy will leave to hike with his friend at any given time, we'll have to see. We camp together, break together and sometimes even walk together. Hiking into camp yesterday Dayman and I had a pretty in depth conversation about the different hikers we hiked with and what we liked and didn't like about them. I guess it was our way to feel each other out and see if this was going to work out. We all want to hike the same milage, 30 miles a day, and want to get to Canada as quickly as possible. Heck a couple of us even want to take the train back to the west coast. Everything seems to be working out with minimal compromise. It would also be nice to have a large group when we reenter the thick of grizzly country. So, a little explanation of hiking groups, when I get home and revisit all of these posts I think I'll expand. It's a really interesting subject and I could write a bit about it.

We left the grassy hills today, even yesterday, and entered some pretty nice mountainous terrain. The trees are prevalent and there weren't as many PUDs (pointless ups and downs). A couple more days and we will turn away from the Idaho/Montana border going into the thick of Montana and grizzly country. I can't wait to get to Glacier National Park, I'm just praying that the fires and trail closers will go away. As of now the trail that goes to the border is closed and there is no way to hike to the end monument and into Canada. 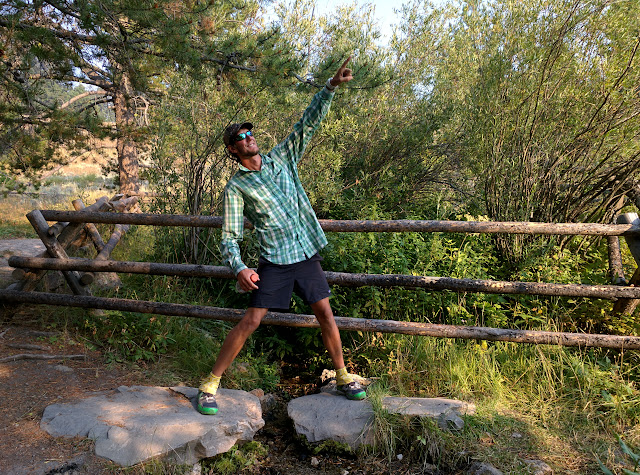 Me dominating the headwaters of the Missouri River, Fountain Spring. 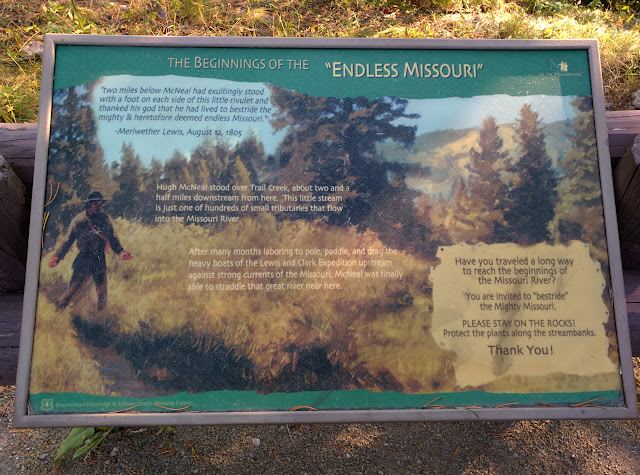 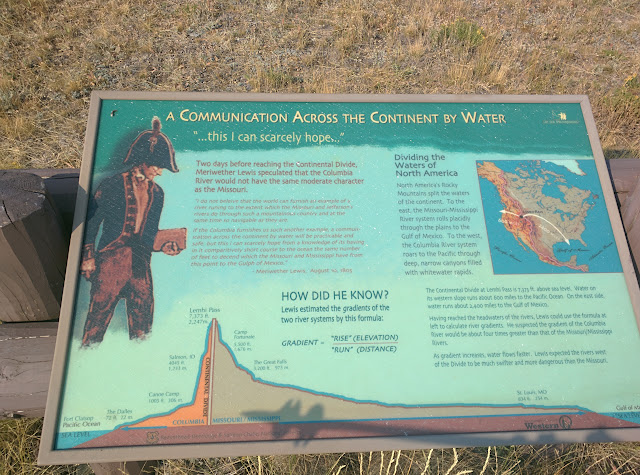 I took pictures of several of these signs, Lemhi Pass is full of Lewis and Clark history along with a Sacajawea memorial. Really interesting stuff and I was told that I should check out some books on it all.
Posted by OD at 10:52 PM