What a great and challenging day! We passed the bluest alpine lakes, giant treeless mountainscapes, walked through rainforest like areas and dry pine forests. There was also the little challenge of climbing five 1000 ft passes. Some statistics are better left unknown until the end of the day. Everyone rumbled about the climbs and I knew they were coming but I tried to keep my head out of the game. Sometimes that strategy works and other times it doesn't.

All of the passes had unique names and some had great views. I passed a hunter with a chocolate lab scouting the area for Elk bow season in a week or so. He mentioned that he saw a grizzly sow and two cubs, how thrilling. We planned on ending up near Storm Lake for the night but somehow walked much further. The group split up, for the first time in a while. Dayman, Lala, and Mountainspice are camped a couple miles from the lake while Picker, Sam, and I are camped a few miles away. Dairy Queen is a strong motivator, if all goes well we will be in Anaconda tomorrow. It seems like just the other day I remember speculating about Anaconda vs Butte and wondering if we would ever be there. 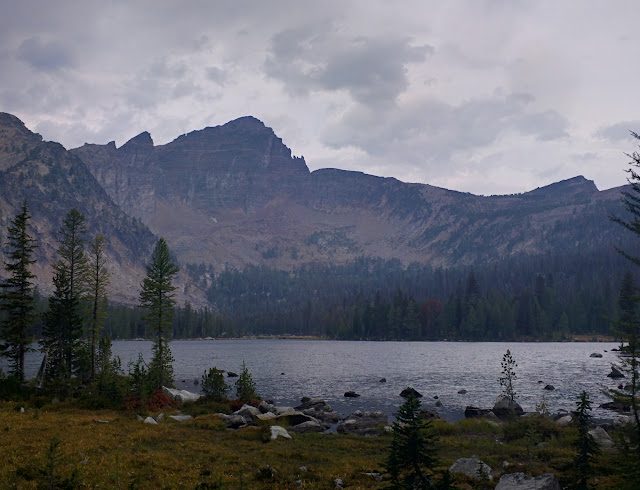