Trying out a new blogging app, let's see how it works. The Google app doesn't let me add photos and this one is supposed to. 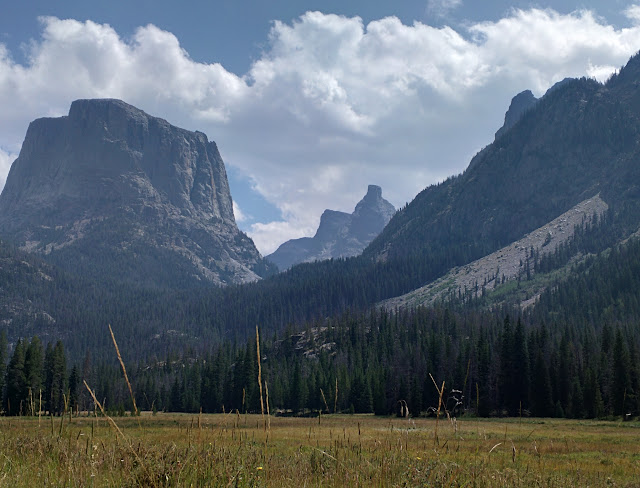 Well, did it work?

After a couple miles of hiking I totally zoned out and hiked a mile and a half up some atv tracks. When I realized my mistake I cursed out loud a bunch and hiked back to the trail. A little later I walked through a ton of cows. It was a bit creepy as there were hundreds of them. The worst of it was the single bull sitting on trail a few minutes later. It's amazing how strong those guys are, nothing but pure muscle. So naturally I gave him his space.

I met back up with Reststop and Focus after lunch. Focus has an injured ankle, she stepped in a rabbit hole in the basin. Hiking until 8:30 I came across a couple deer growing nice sets of antlers and a moose with some huge head gear. I made it to a spring and set up by myself in a nice grizzly bear prairie. Food in tent and ready to fight for it... Cough cough.
Posted by OD at 9:53 PM