Hike naked day!!!!!!! It also happens to be the summer solstice.  The Hawaiian Tropic girls were suppose to meet up with me for the hike today but I think two guys on a moped gave their tour bus some bad directions.

We managed to get a lot of trail miles in today, probably half trail and half snowshoe.  We also met some hikers from Houston that are going to be way in over their heads tomorrow, the snow is pretty bad.

All day we were able to see this mountain feature called The Window. As we walked it became closer and closer. I joked around and said I was going to climb it as the map said it was an option.  By the time we got to it Reststop used some tactic called peer pressure and I ended up doing it.  It was straight up and treacherous. My way down, the other side, was instant death. I ended up hiking back to the spot we split up. There was no trail and the way down took some time. Luckily today is the longest day of the year and the other 3 guys were waiting a mile or two away. 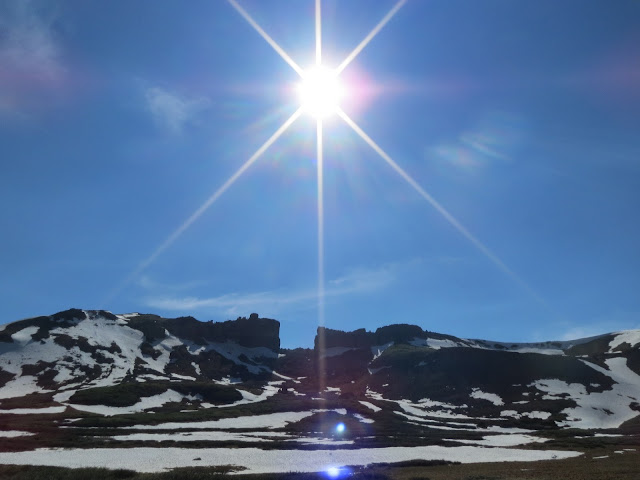 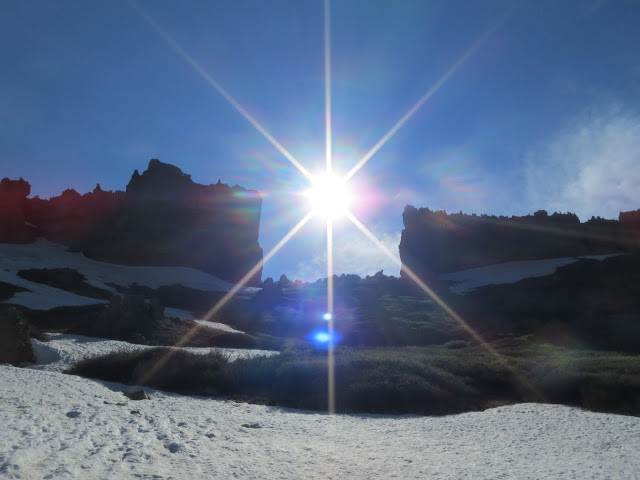 We hiked to another saddle and are enjoying our awesome sunset. It will also be an epic sunrise. Tomorrow looks like we're going to play in the snow a bit, yay.
On a side note, the photospheres are working again. I probably took about 5 today. Check the link to see them all.
Posted by OD at 3:52 PM